…Hip, laid-back and refreshing…” (Los Angeles Times) Scott’s magic reached millions on NBC’s season six of America’s Got Talent where he advanced all the way with his large stage illusions. With articles in People Magazine and Nations Business, the Oprah Show took notice and Scott was invited by Oprah Winfrey to make a guest appearance on her show. Scott had the honor of headlining on the Las Vegas Strip at Caesars Palace for over seven years and four thousand performances of large grand illusions fused with stand-up comedy magic. Scott’s magic has been featured on The Sify Channel, Discovery Channel and NBC. Scott has appeared in Paris on the world class and prestigious Le Grand Plus Cabaret Du Monde. Whether it be the intimacy of a close-up sleight of hand performance, stand up comedy magic, or the all out spectacle of a large stage show, Scott Alexander’s delivery is always lighthearted, somewhat irreverent, amazing, quick-witted and sure to leave you filled with wonder and laughter. 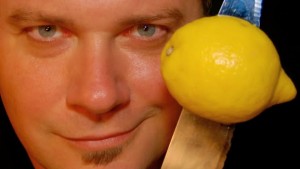