Bringing people closer to one another

while exploring beyond comfortable boundaries 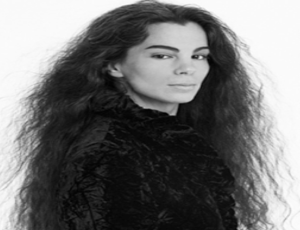 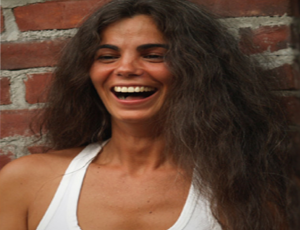 Proclaimed "The Best Female Magician in the World" by Time Out New York, magicienne, hypnotist, historian and magic consultant to the entertainment industry Belinda is a consummate performer, drawing on her formal and practical experiences as a writer, director, musician, cinematographer, photographer, ceramicist, teacher and lifelong student of life.

An avid collector of magic and the curator of the world's largest library dedicated to female magiciennes, Belinda is a leading expert on the history of women in magic.

As a longstanding member of the Screen Actors Guild, Belinda has performed for the New York Shakespeare Festival and The Joseph Papp Public Theater, playing featured roles such as Lady Anne in Richard III, the Muse in King Lear, and Cleopatra in Anthony and Cleopatra, to name but a few.  She has also appeared on numerous major television shows, feature films and music videos, and as an actor, musician and singer on live and recorded musical projects.

Belinda was born and raised in the Chelsea section of New York City, and she has obviously pursued her interests with rare passion and diligence, having earned degrees from New York City's O'Henry School of the Arts , High School of Performing Arts, and from Marble Collegiate and World Christian Ministries, where she holds a doctorate degree in Divinity and was ordained as a minister.  She also studied medicine at St. Vincent's Hospital Manhattan (and became a certified Paramedic), homeopathy and herbology at leading institutions throughout Mexico, hypnosis, clinical hypnotherapy, pain management and emergency hypnosis at the National Guild of Hypnotists (and was certified and licensed by the state of New York), archeology and anthropology at Glendale University, filmmaking and cinematography at The New School, and design and animation at the School of Visual Arts.

In her worldwide travels and constant learning adventures, Belinda has always found innovative ways to focus her knowledge and experiences into her personal projects. One ambitious example is her first documentary film, which focused on migrant natives and their medicinal religious origins.

When she was invited to London in 2003 to become a member of the Magic Circle Belinda was granted access to the organization's secret inner sanctums and private libraries, opening worlds of noetic, scientific and historic information to her.  Her research ultimately uncovered a treasure trove of knowledge on the subject of female magicians which had been hidden for more than 500 years.  An early result of this new knowledge was Belinda's original show entitled "Phenomena," a New York Off Broadway performance that ran for six weeks, earning her rave reviews and increasing her following exponentially.  Her collaborations with artists Bruce Nauman and Vik Muniz further catapulted her reputation to new heights, and into new realms.