The Next Generation of Jester

Benjamin combines juggling, magic, mime, and circus arts from around the world, giving vaudeville entertainment a modern attitude. In the show Comedy Cascade, Benjamin performs mesmerizing daring stunts while the audience becomes part of the show, captivating crowds of all ages.

In addtion to his strolling  with skills such as: 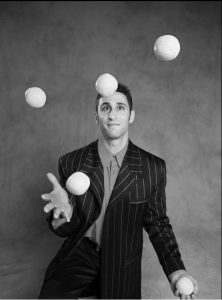 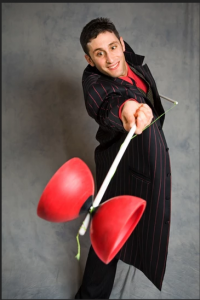