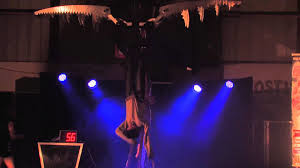 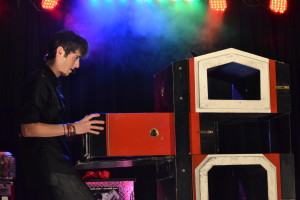 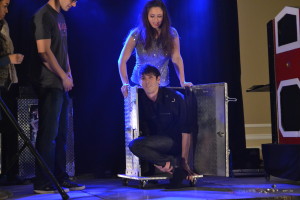 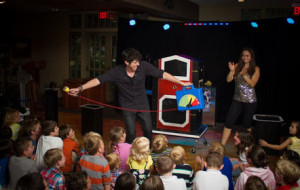 Already with over 2,500 national and international performances to date —— including appearances on NBC’s hit TV show “America’s Got Talent,” sold-out shows at The Tropicana and Caesars Hotel & Casino, headline acts in Times Square, Europe, Canada and the Caribbean —— Eric is considered, at the age of 23, the hottest rising star in the magic industry.

Known during his childhood as the “little entertainer,” Eric’s fascination with the art of magic began at five years old with a coin trick his father had brought home. Fast forward to age 10, when Eric received a standing-ovation for his magic act from a packed house onboard Royal Caribbean’s “The Explorer of the Seas” cruise ship. It was at that point that Eric realized magic wasn’t going to just be his hobby, but his life!

At age 12, The Extreme Magic Of Eric was born with Eric creating the name, the tone, the presentation and make-up of this award-winning show. Learning directly from David Copperfield, Criss Angel, and other masters of illusion in Las Vegas, Eric has continuously reshaped and modernized his performance to become a world-wide wonder receiving rave reviews wherever he goes. Combining an explosive mix of large cutting-edge illusions, mind-blowing daring escapes, outrageous stunts, customized lighting, and special effects, The Extreme Magic of Eric is truly a one-of-a-kind traveling illusion show … bringing a major theater-style quality to ANY event and venue!

Eric has been the recipient of a multitude of awards, most notably the prestigious “Tannen’s Stage Magic Champion.” Celebrity host Nick Cannon proclaimed his magic on “America’s Got Talent” as “Simply Amazing!”; former NBA superstar Shaquille O’Neil declares Eric’s show to be “like no other!”;  and TV actress Kelly Rutherford describes Eric and his show as “charming, energetic, with incredible illusions.” And his close-up, sleight-of-hand magic is truly amazing, too, always performing the unusual to ensure a wow factor never before seen.