At 8 years old, he was hailed by the International Brotherhood of Magicians as a "Champion of Magic", becoming one of the youngest magicians to ever receive this honor. Then in 2006, Jay was awarded 1st Prize at the Society of American Magicians International Stage Contest of Magic. Jay is one of only a few magicians in HISTORY to receive 1st prize in both of these international magic competitions.

More recently, Jay electrified the nation and stunned the judges with his appearance on NBC's #1 hit show " AMERICA'S GOT TALENT".

A native of New York but now based out of the Washington DC area, Jay's magic has appeared in over 20 countries including Hong Kong, Egypt, Kuwait, Qatar, Bahrain, England, and countless special events throughout the U.S.  From Casino showrooms, to luxury cruise ships, Jay's unique style of illusions has captivted the imagination of millions and reminds people, of all ages, what it is like to believe in the impossible and most importantly... HAVE FUN!

Considered by his peers as a magic innovator, Jay creates many of his signature magic effects from the ground up. Everything from building props, costumes, music composition, choreography.....Jay does it all.

Decored in hip, vivid costumes, a carefully punked hair-do, and a vivacious assistant on his side, Jay performs magic with everything from live animals to levitating microphones as well as startling effects where Jay vaporizes his body in the blink of an eye!

Now performing for over 20 years, Jay has become a sought after act for vacation resorts, variety revues, corporate events, cruise lines and college universities. Organizations such as IBM, Morgan Stanley, Best Software, Inc., Celebrity Cruises and hundreds more have chosen Jay's magic to entertain their guests and special events. Packed with excitement, comedy, audience interaction, and a one-of-a-kind personality, Jay will continue to delight audiences of the new millennium with a show that simply can not be missed!! 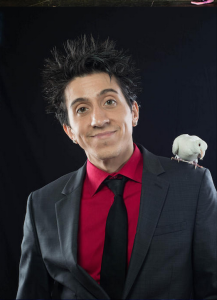 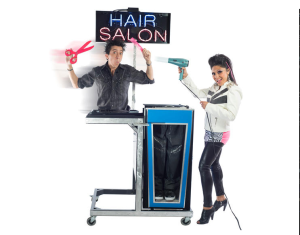 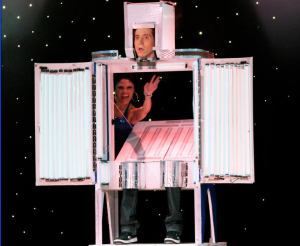 I can’t say enough about your energy and enthusiasm after seeing your performance on Saturday night here at Clearbrook Community.  Your magic tricks were sensational, your comedy was fantastic and your personality shone through it all!  We have been getting rave reviews at the Activity Department  from our residents and those that missed it are berating themselves for not attending this fabulous show!

Thank you so much for providing us with this great entertainment and it was a pleasure working with you.  Good luck in your magical future and hope to see you in the Big Time!