Mitchell W is one of America’s funniest comedians. He is a regular at all the best comedy clubs in New York and Los Angeles including The Comic Strip and The World Famous Improv. He has been seen on NBC’s "The Tonight Show", A&E’s “Comedy On The Road” Showtime’s Comedy Club Network, Rascals Comedy Hour, HBO, MTV and Comedy Central and was one of Sam Kinison’s original “Outlaws of Comedy”, playing venues ranging from 3,500 seat arenas to 17,000 at Madison Square Garden.  In Atlantic City and Las Vegas, he is a regular at many of the top casinos including The Tropicana and The Riviera where he has worked with such big names as Michael Bolton, Neil Sedaka, Jay Leno, Joan Rivers and Gary Shandling. 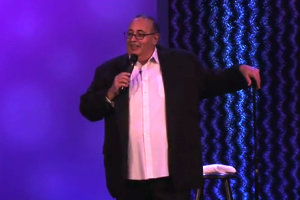 His signature piece has earned him the title, “The Area Code Guy. Mitchell challenges the audience to name any U.S. city as he responds with its area code with rapid-fire accuracy. Mitchell delights the crowd making ad lib connections between his material and the area codes. It is a remarkable display of mental agility and comedic genius.