Warm-up comic for live television tapings, including programs for MTV, CNBC, and Comedy Central. After seeing Pete expertly soften Jon Stewart’s Daily Show audiences, Stephen Colbert brought him to the set of The Colbert Report as permanent audience warm-up from the pilot into the Emmy award-winning show’s 7th year – when Pete left to pursue his own television career at CNN.

As resident “offbeat reporter” on John King USA, Pete’s quick wit and attention-grabbing personality caught the eyes of CNN executives in 2010, leading almost immediately to his own half-hour news wrap-up show, What the Week. Pete, as the show’s co-creator and host, blended tongue-in-cheek irreverence with an insightful look at the real issues making and missing the headlines.

In 2006, Pete’s appearance on the New Faces stage of the Montreal Comedy Festival led to opportunities like hosting a fast-paced live comedy hour on the Sirius network’s Raw Dog Comedy channel. In early 2008 shortly after the SIRIUSXM merger, Pete made the leap to political commentary, starting his own talk show, Pete’s Big Mouth. Pete continues to host a 3-hour daily discussion on SIRIUSXM, now called Stand Up! with Pete Dominick, which regularly features some of the biggest names in politics, journalism,academia and entertainiment. Since, he has developed and launched the "Insight" channel at SiriusXM - coined "Inspiring Talk with A Sense of Humor."

The NY Times profiled Pete and Stand Up! in February of 2013.

Pete can be heard daily from 9-12ET on SIRIUSXM Insight channel 121. 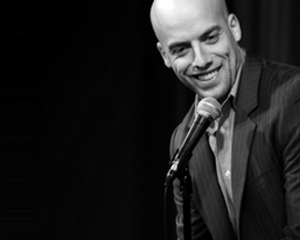