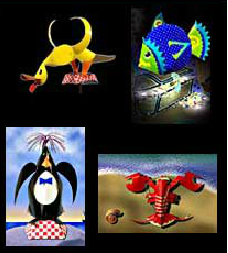 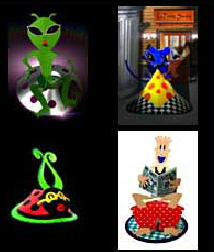 She's an improvisational comic entertainer by nature, a sculptor by training and a paper wizard by craft. Wendy has long dazzled thousands of audiences with her 'instant' party hats that she deftly cuts from paper disks in just seconds. Her one-of-a-kind talent is in turning fine-art into fun-art, by transforming paper into intricate, clever, personalized~and funny hats, masks, costumes, accessories, displays and anything else you can imagine!

That's the almost unbelievable number of paper
plates that Wendy claims to have cut-up over her
career as the world's fastest madcap milliner. The
invention of the Wacky Hat was made from nothing
more than one single paper circle transformed into a
pop-up party hat. Wendy's new 3-D designs
frequently average ten plates per hat!

According to Wendy, that's how much more exciting her Wacky Hats are compared to traditional party hats. She puts one of her wacky works of arton a lucky recipient's head, and they are transformed into the character depicted on the hat, and improvisation, role-playing and good-natured fun flow freely and spontaneously.