At a very young age, Anthony became interested in magic and has since made this part of show business his lifes work. He developed his skill and learned the art of magic by assisting some of the best in the business traveling the world to places such as Australia, New Zealand, and Japan. Soon, he would go on to win awards and competitions with his sleight-of-hand magic. 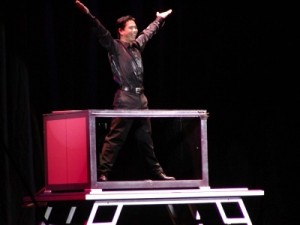 He has performed in nearly every casino in Atlantic City, NJ including a title as resident magician in both Trump Plaza and Showboat Casino. He also managed and headlined a theater at the Tropicana Casino.He performed as a concert opening act for 6,000+ people at the Mohegan Sun Casino Arena.For years, he was the headliner at Elaine's Famous Dinner Theater in Cape May, NJ during which was voted one of the top five dinner theaters in the country. He was called upon to make the guest of honor magically appear on MTV's popular show, "My Super Sweet Sixteen". He has also worked as a magical consultant in national television commercials. 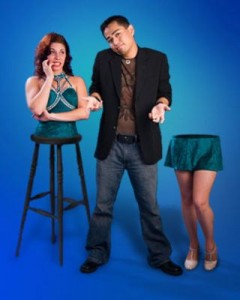 This is an exciting two or more person show geared for the family audience. Witness amazing illusions choreographed to high-energy music. It is a carefully blended combination of magic, comedy, dance, and audience participation that will leave you breathless.

From magically producing the CEO of a company to a full-evening theatrical performance, Anthony will bring bring excitement to any event.

One Man Stand up Show

This a more intimate performance that plays big. A mix of magic, mentalism, and comedy, the one-man stand up show is perfect for private events and smaller venues. 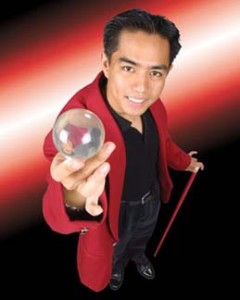 This show is self-contained and can be performed in almost any situation. From a 10-minute act to a full hour show, Anthony's talents will leave your audience at the edge of their seats.