You have seen Mark B on History Channel’s HIT show ‘Pawn Stars’ and ‘Showtime at The Apollo’ and he was a winner at 'Las Vegas Has Talent'. 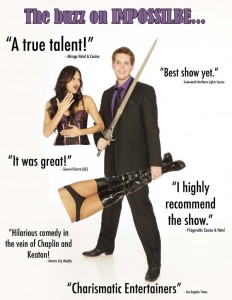 Now, direct from his 8 month contract at The Ka’anapali Beach Hotel in Maui he is back in Las Vegas Mark is a world champion magician and when you first witness his performance you’ll notice he is instantly loved by his audience with his natural wit and charm! 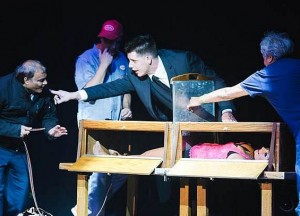 Always dressed to kill, his magic is flawless bringing the audience to their feet time and time again! Whether he is blowing your mind with his grand illusions or his fun-filled audience participations, this is one act that your audience will never forget. 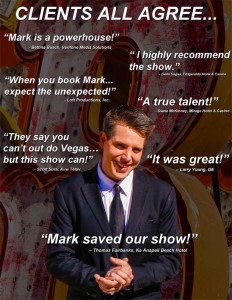 Some of his favorite stages and hotels he has brought his show to are: The Tropicana, Stardust Mirage, Paris, and The Orleans and some of his favorite countries he has toured are: Egypt, Korea, Greece, China and Israel. The great thing about Mark’s performance is that he is international… He can perform for a completely international audience or an all-American crowd. His unique niche is creating a custom show for your audience in your theater DIRECT from LAS VEGAS! He has been recognized in the Magic Fraternity as a Magician’s Magician where he has been invited to perform at the World Famous Magic Castle in Hollywood, California! 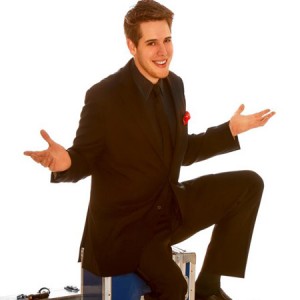