For over twenty years Richie has worked the top comedy venues here and abroad. Richie is also very proud to be the warm-up comic for "The Dr. Oz Show" since it's inception in 2009. He recently performed at Radio City Music Hall as the opening act to the "Dr. Oz Health & Happiness Summit". Richie is also an accomplished actor and singer with a long resume of theatrical and television credits including "Sex & the City", "The Sopranos" and "Law & Order: Criminal Intent". He can also be seen in the indy film, "Goodbye Baby", where he served as featured actor, comedian and advisor, as well as writing material for the leading characters stand-up routine. He also writes, produces and stars in his own musical variety series "The Richie B Show," which can be seen at Gotham Comedy Club in New York City. 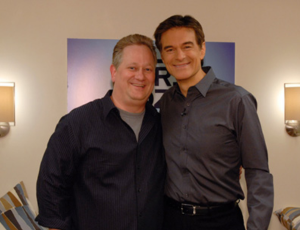