Being exposed to Elvis at the early age of eight, Richie was instantly a fan! As the oldest of three boys, Richie would share his love for music and Elvis with his brother Robert, who is also an entertainer. Trying to sing and move like the KING became an everyday occurrence in the Santa household. 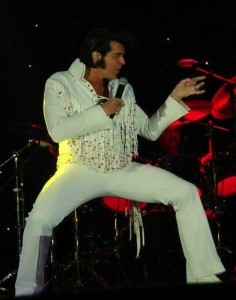 Richie's career started in 1982 with a band called Neighborhood Jukebox. Jukebox was an oldies band and some highlights included opening up for Roy Orbison in 1984 and singing live on the Don K. Reed Do Wop-Shop Radio show on CBS's 101.1 FM. 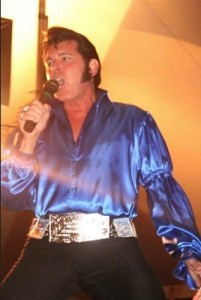 It was around that time that a friend and then unknown comic from Brooklyn named "Andrew Dice Clay" had gotten his big break and asked Richie and his band to back him up at such venues as  PHILLY SPECTRUM, LA FORUM, NASSAU COLISEUM, etc..  Richie also got the chance to meet many stars along the way such as  Jerry Lewis, Danny Aiello, Arnold Swarzenegger and Rodney Dangerfield Etc... 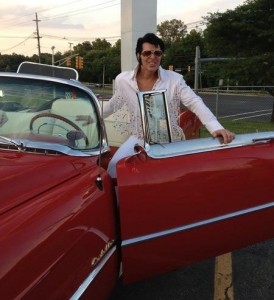 The highlight to touring with Andrew Dice Clay came in 1990 when the movie DICE  RULES was filmed at MADISION SQUARE GARDEN. Richie still remains good friends with Andrew and on occasion will still perform with him. 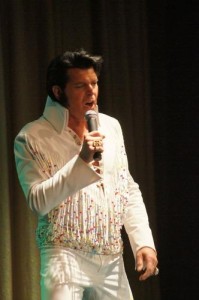 Singing professionally for over 30 years and with thousands of shows performed, Richie has covered many different artists such as: Frank Sinatra, Frankie Vali, Andrea Boccelli, Journey, Aerosmith, AC DC, Al Green, Michael Buble, Bon Jovi and the list goes on and on. Although covering these artist are enjoyable and great in there own right,  no one has influenced him like the "KING" 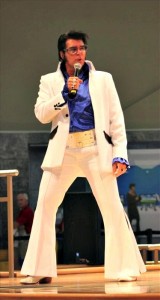 Elvis is the reason Richie became an entertainer and WHY he is still going strong today! The last six years have been exciting as Richie has been pursuing his career as a tribute Artist. Being the same height and weight as Elvis in his prime makes his show a more believable experience. Then add the power of Richie's voice and the transformation is complete. 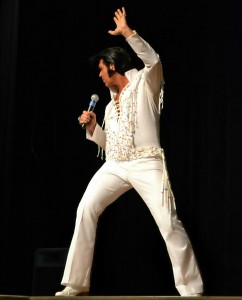 In the last six years Richie has performed over 350 shows as an Elvis Tribute Artist focusing on the Vegas concert years. Most of these shows have been private affairs, but just  5 years ago Richie decided to get more involved. In July of 2011 he was part of Elvis Fest at the Hilton in Las Vegas. Soon after that Richie was off to Memphis for Elvis week. While in Memphis he performed at the Cedar Hotel and at Graceland Plaza and also managed to compete in his first contest IMAGES OF THE KING where he made it to the finals. Since then Richie competed in the Pocono Mountains, Lake George and New Hampshire etc..
The Love and respect Richie has for Elvis is evident in all of his performances! 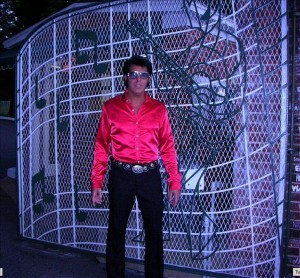 Anyone  who knows about Elvis knows how much he cared about his career and how much he loved his fans and treated them with kindness and patience. 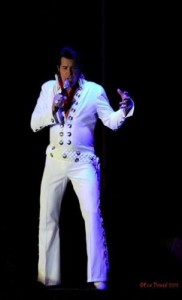 Being a personable person by nature, Richie truly enjoys all the fans he has met along the way to celebrate the KING's music. There will never be another Elvis Presley. He lit the torch, but as long as his fans enjoy and support all the ETA's, then Richie will continue to perform his show with the passion and the commitment to the greatest entertainer ever to grace a stage!